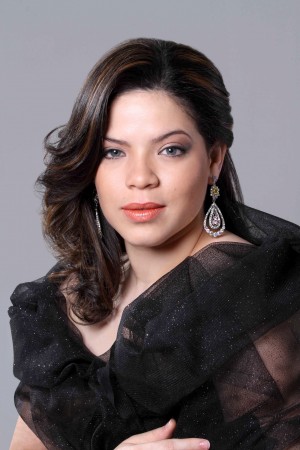 Born in San Juan, Puerto Rico. María Laetitia started her vocal formation at 12 years old. Later she obtained her Bachelor's in Arts degree at the University of Puerto Rico. In 2010 she graduated from the Conservatory of Music of Puerto Rico obtaining her Artist Diploma degree in voice. After this she began her Master's Degree in Voice Performance at the prestigious school in New York City, Manhattan School of Music, under tha tutelage of the great baritone Mark Oswald, obtaining her degree in May 2012.

María has been part of two important recordings. Música en Tiempos (2013) a musical special from Banco Popular of Puerto Rico and Summer and Smoke (2011) first recording of this opera by Lee Hoiby produce in Manhattan School of Music.

María Laetitia won first place in the Metropolitan National Council Auditions in Florida Disctrict, in the year 2013 and the following year 2014 as well.